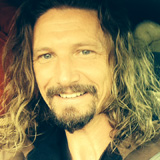 My approach to professional web design is an extension of my training and experience in traditional graphic design.

I completed a B.A. Graphic Design, graduating with Distinction in 1991, Charles Sturt University (Riverina), and went on to work in Canberra as a graphic designer.

In 1994 I began making websites, and found that I really enjoyed the balancing of the visual communication aspect with the functionality of software and interfaces.

Since then I have founded and operated 2 successful small businesses: co-founding Swell Design Group in 1997, and after selling my shares to my business partners in 2002 I started Itchybrain Productions™ as a solo venture.

I believe that excellent design is based upon:

I’m passionate about working with solo operators and microbusiness, and more recently have been working a lot with community service organisations and not-for-profit organisations.

I also love working as a freelance subcontractor, partnering in a team of people associated with web and app design.

Itchybrain Productions™ services a geographic area between the Sapphire Coast, Canberra and Albury-Wodonga, but I also work remotely with clients in Melbourne and Sydney.

Feel free to contact me for more information about Darryl Butler Itchybrain Productions™, or to discuss your next project.

Moved back to Tathra NSW, working freelance and part-time with 2pi Software. With a focus on WordPress-based websites, and—with the rise of website hacking—I have an increased emphasis on website security.

Working primarily from Albury, directly with small business owners, and subcontracting to local agencies, servicing into Canberra and the Sapphire Coast.

Hot-desking at ‘The Workshop Albury’ co-working space, with Megan of then MZ Design, now kindred design.

Moved to Albury after a great year of hot-desking at the ‘CoWS’ Co-Working Space in Bega, living on the beautiful Sapphire Coast

Began a very rewarding partnership with 2pi Software. Became instrumental in the Sapphire Coast tech community, volunteering my services for training of a WordPress User Group, providing web design for enterprises such as the ‘CoWS’ Co-Working Space in Bega

Moved to the Tathra/Merimbula area on the Sapphire Coast NSW, servicing a widespread local community and Canberra

Architected and directed the bespoke production of my proprietary ‘BareBones CMS’, decommissioned in 2010.

Co-founded Swell Design Group in Canberra, grew from 2 to several people within 5 years

Internationally awarded for an ATO poster campaign regarding security and privacy